Seven years ago, an archive brought someone into my life. It was the Japanese American Service Committee Legacy Center, a community archive in Chicago’s North Side dedicated to the city’s Japanese American history and culture. I was researching for my dissertation, working through files about Japanese women who immigrated to the US in the 1940s and ’50s as brides of American servicemen. It was while doing this that I met Mr. Kay. (I am using a pseudonym.)

Mr. Kay was an Issei, part of the wave of Japanese immigrants to the US between 1885 and 1924. He was also a lifelong bachelor. Like many Issei, he had intended to return to Japan once had enough money to buy some land, a plan he held fast to even in his old age, and yet he died destitute and alone in Chicago.[efn_note]Record group 8, Japanese American Service Committee Legacy Center, Chicago.[/efn_note] 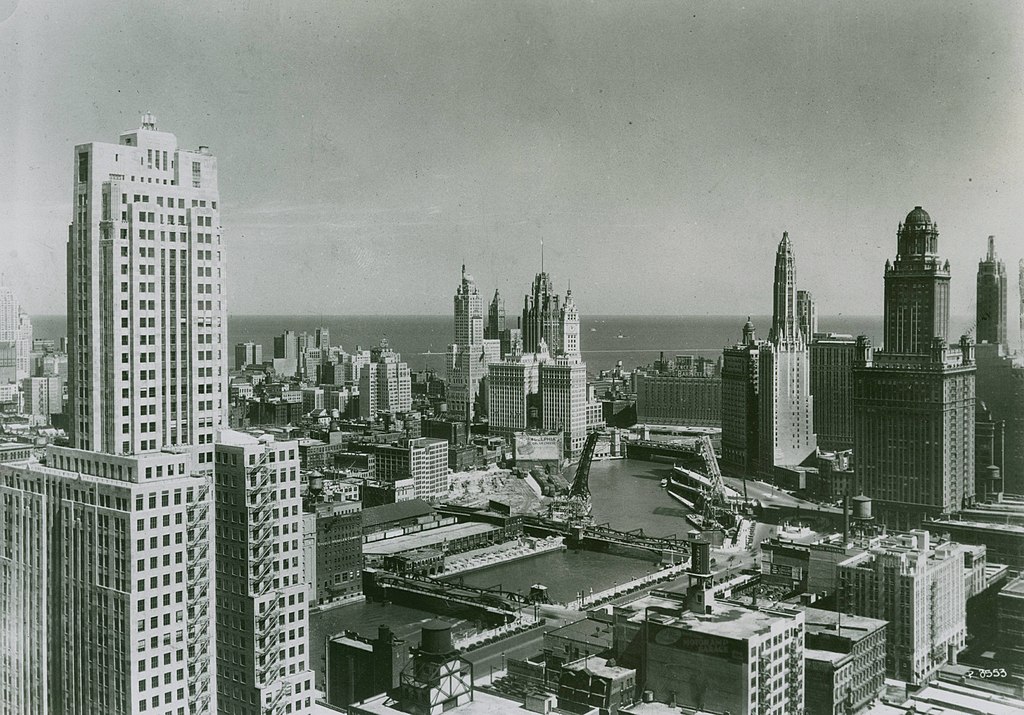 When we talk about the challenges of archival research, we often talk about the power imbalance embedded within the institutional records from which we draw our arguments. We talk about the silences, the pauses, and that which is rendered invisible. But we don’t talk about the affective labor, the emotional work of doing research.

I don’t mean the exhaustion after a day combing through hundreds of documents in crisp manila envelopes only to find a single, barely legible letter somewhat related to your topic. I mean: what does it mean to fall in love in the archive? How do we, as historians, care for those we meet in those manila envelopes? How we do understand the emotions the work of history provokes within us?

Mr. Kay was born in a poor rural area of Japan in 1893. At some point he was married and fathered a son; but when he immigrated to Seattle in 1919, at the age of 26, he came alone. He made his way to California, did farmwork in Sacramento for a while and then Stockton. He spent most of World War II at the Minidoka internment camp in south-central Idaho, one of 120,000 Japanese American forcibly incarcerated during the war. 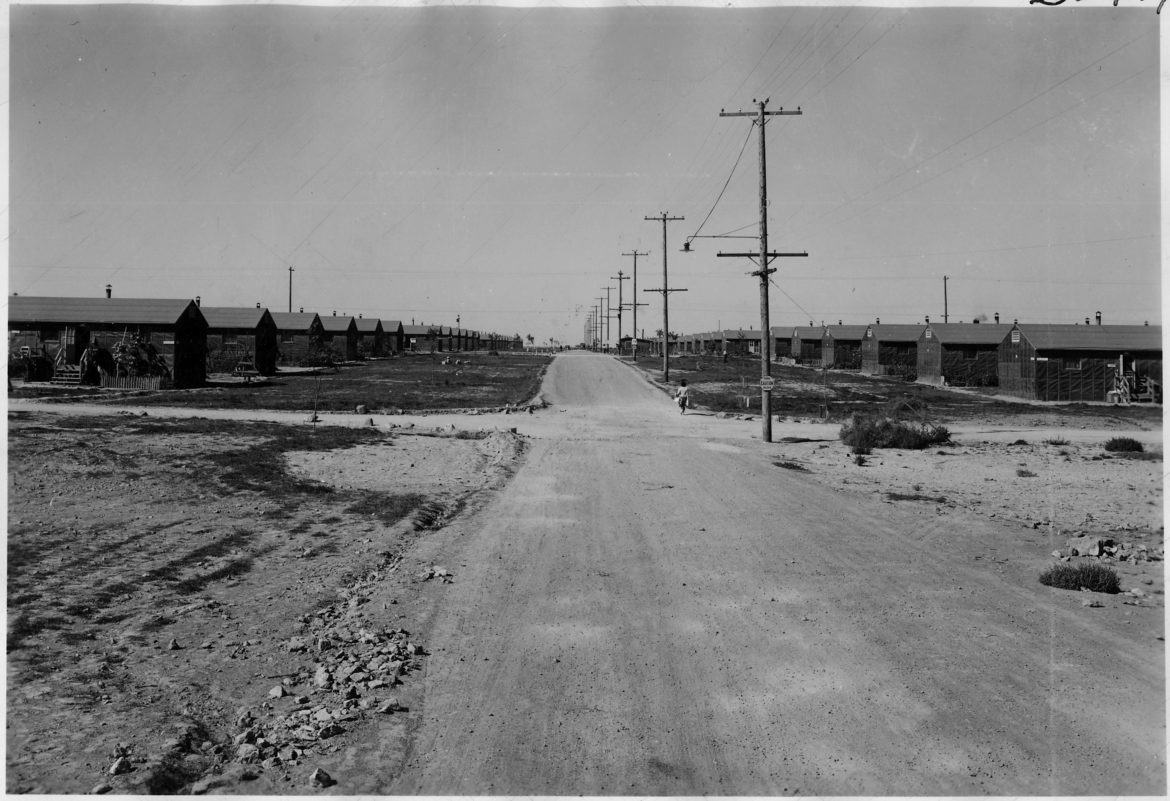 After the war Mr. Kay was among 20,000 Japanese Americans “resettled” in Chicago. By then he was in his 50s. He worked as a cook at various restaurants and hotels until he grew too old for that line of work. He got a job at a local senior work center and did that from 1962 until his death in 1969. In those last few years, he occasionally succumbed to “lost weekends,” disappearing for days at a time only to reappear sullen and smelling of liquor.

The archivist scholars Michelle Caswell and Marika Cifor, in a 2016 article drawing from a feminist ethics of care, call on fellow archivists to adopt a politics of radical empathy, a “learned process of direct and deep connection between the self and another that emphasizes human commonality through thinking and feeling into the minds of others.” When an archivist brings radical empathy into their relationship with the archive, they are assuming “an affective responsibility to empathize with the subjects of the records and, in doing so, to consider their perspectives in making archival decisions.” And I believe this radical empathy is a crucial tool not only for the archivist but also the researcher, especially anyone studying historically marginalized people.[efn_note]Michelle Caswell and Marika Cifor, “From Human Rights to Feminist Ethics: Radical Empathy in the Archives,” Archivaria 81 (2016): 30, 36.[/efn_note]

Some may scoff at the idea of bringing compassion into archival readings; indeed, this approach can lead down a slippery slope to romanticization. But empathy and critical analysis are not mutually exclusive. They can exist, as Natalie Zemon Davis and Saidiya Hartman have both testified, alongside each other.[efn_note]Natalie Zemon Davis, “How the FBI Turned Me on to Rare Books,” New York Review of Books, July 30, 2013; Thora Siemsen, “On Working with Archives: An Interview with Writer Saidiya Hartman,” The Creative Independent, April 18, 2018.[/efn_note] For historians who work on marginalized communities, radical empathy helps us understand the experiences of people who lived within systems of power not always readily expressed in the archive. And it is our responsibility to interrogate these systems of power alongside the perspective of those very historical subjects, like Mr. Kay, whose stories we seek to tell.

There were many photos of Mr. Kay in his file. In one from his younger days, he is wearing a white coat and a white chef hat and is sitting on a stack of crates in a kitchen pantry, his left elbow leaning against a large canister of Swift’s Silverleaf Brand Pure Lard. A cigarette dangles from the left side of his mouth, and his eyes are fixed on something we can’t see.

Then there’s a photo of him as an old man, and his gaze is instantly recognizable, the same dark piercing eyes he had as a young man, only now a curtain of sagging skin framed his eyes. His chin was the same angular pedestal for his face, though it now seemed to quiver slightly under the pressure. His hair was still cropped short. 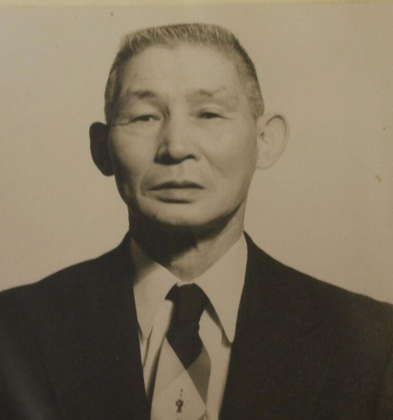 I noticed his address at the time of his death was just blocks from my apartment, so I decided to walk there a few days later. During a snowstorm. I couldn’t help but wonder, as I made my way through the blustery cold, why I cared so much about a man I had never met and had no relation to, a man who died long before I was born.

The building where Mr. Kay once lived is now an L.A. Tan.

When I came back home, I closed my eyes and tried to imagine Mr. Kay’s world. What did his street smell like? Who were his neighbors? How did they know each other? Questions that were somehow both banal and intrusive, but which came from a place of deep care for Mr. Kay and eventually complicated my own research project.

Until that point, despite my claim to be writing a gendered history of Japanese migration to post–World War II Chicago, I had only focused on Japanese women. (I say “despite” because gender is not a synonym for women.) After meeting Mr. Kay in the archives, I wondered why he hadn’t married? Why was there no record of a love interest? Was he lonely? Where was he during his “lost weekends”? In wanting desperately to know more about Mr. Kay I had begun to ask questions that would lead me down new paths of inquiry.

Mr. Kay was, by default, an outcast. The family was the institutional bedrock of the Japanese American community, and this was functionally closed off to the many men who could not, or would not, get married. Indeed, bachelor communities sprang up in many immigrant communities, as US immigration law applied differently to men and women and to different racial and ethnic groups. Because of their marginal, outcast lives, these bachelors have been, Howard Chudacoff writes, “excluded from family and social history.” Men like Mr. Kay still exist on the fringes.[efn_note]Howard Chudacoff, The Age of the Bachelor: Creating an American Subculture (Princeton, N.J.: Princeton University Press, 1999), 3–5.[/efn_note]

I initially named the longing I felt, when I encountered Mr. Kay, nostalgia. But how can you feel nostalgia for someone you’ve never met? It would be accurate to say I was practicing radical empathy. I came to care for Mr. Kay because, from what I could tell, not many in his life did. He was a hard worker, a troublemaker, one of the many Japanese migrant men who were never quite able to live out the so-called American dream. His life mattered for many reasons, not least for what it can tell us about those whom history has forgotten.

We are too often taught, when we want to know more about the inner lives of those we meet in the archive, to withdraw from that desire. We are told empiricism demands it. But radical empathy can lead us to questions we would’ve never otherwise thought to ask and help us interrogate an archive without losing our bearings. Rather than withdraw from desire, what if we lean into it? 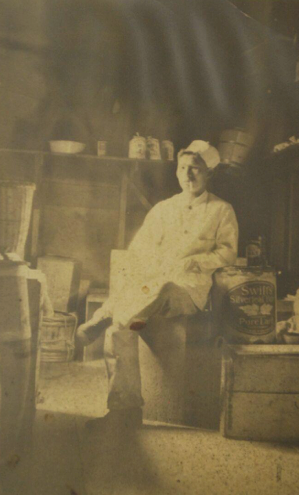