Panbabylonianism passed away, supposedly, a century ago. It was survived by its lasting impact on the study of Mesopotamian culture, the average educated person’s understanding of the ancient Near East, and a chain of reactionary Eurocentric methodologies attempting to compensate for its shortcomings. 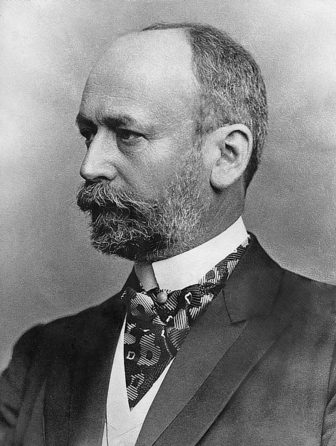 You may not have heard of Panbabylonianism, but it was quite powerful at the turn of the 20th century, thanks especially to the work of German linguists and archaeologists like Friedrich Delitzsch and Hugo Winckler. As the name suggests, this school of thought asserted that everything had its cultural origins in Mesopotamia, the Tigris-Euphrates river system that gave birth to the ancient Sumerian, Babylonian, and Assyrian civilizations.[efn_note]Simo Parpola, “Back to Delitzsch and Jeremias: The Relevance of the Pan-Babylonian School to the Melammu Project,” Schools of Oriental Studies and the Development of Modern Historiography (2004): 237–47.[/efn_note]

This was obviously appealing to those who dedicated their careers to studying ancient Mesopotamia, since it made their field the most important! But in their search for a Mesopotamian origin for everything, Panbabylonists revealed how much their project was one of cultural appropriation and Eurocentrism.

After all, their definition of everything was pretty clearly limited to “Western” civilization. Ever since George Smith’s 1872 translation of the Epic of Gilgamesh’s flood narrative and the revelation of its parallels to the Noah story, Assyriologists became obsessed with connecting ancient Mesopotamian history to the Bible. Perhaps the inspiration for the tower of Babel was the city of Babylon; perhaps the inspiration for Adam was Alulim, the first king of Sumer. 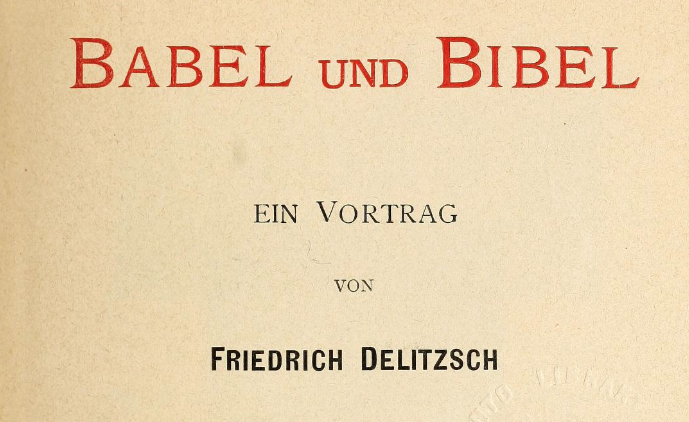 Panbabylonists acted as if material and textual evidence from the ancient Near East could never be valuable on its own terms. It was only important if it corroborated something European researchers already thought was important—in other words, Western beliefs and traditions. The Epic of Gilgamesh, for instance, was interesting as source material for the Bible, not for what it could reveal about Mesopotamian society, ethics, and cosmology.

This bias still shapes the study of ancient Mesopotamia, even if Panbabylonianism itself has fallen out of favor. It helped shape the available corpuses of primary sources, since certain texts were valued more than others due to their similarity to Western texts. Many scholars still speak of the “Babylonian Job” instead of the Poem of the Righteous Sufferer or the “Flood narrative” of the Epic of Gilgamesh.[efn_note]David Brown, “What Shaped Our Corpuses of Astral and Mathematical Cuneiform Texts?,” in Florence Bretelle-Establet, ed., Looking at It from Asia: The Processes That Shaped the Sources of History of Science (Dordrecht: Springer, 2010), 277–303.[/efn_note]

Panbabylonist cherry-picking also shaped our understanding of Babylonian mathematics. Scholars have often approached this subject with a Euro- or Greco-normative definition of mathematics, one in which “true math” is characterized by geometry and Euclidean axiomatic proofs (assuming x and y, we can then prove theorem z). Babylonians developed some of the same algorithms as the Greeks did, notably the Pythagorean theorem, but did so without drawing squares on the sides of triangles to map it out geometrically. When Panbabylonists saw parallels between Babylonian and Greek math, they declared that the Greeks must have learned these things from the Babylonians. 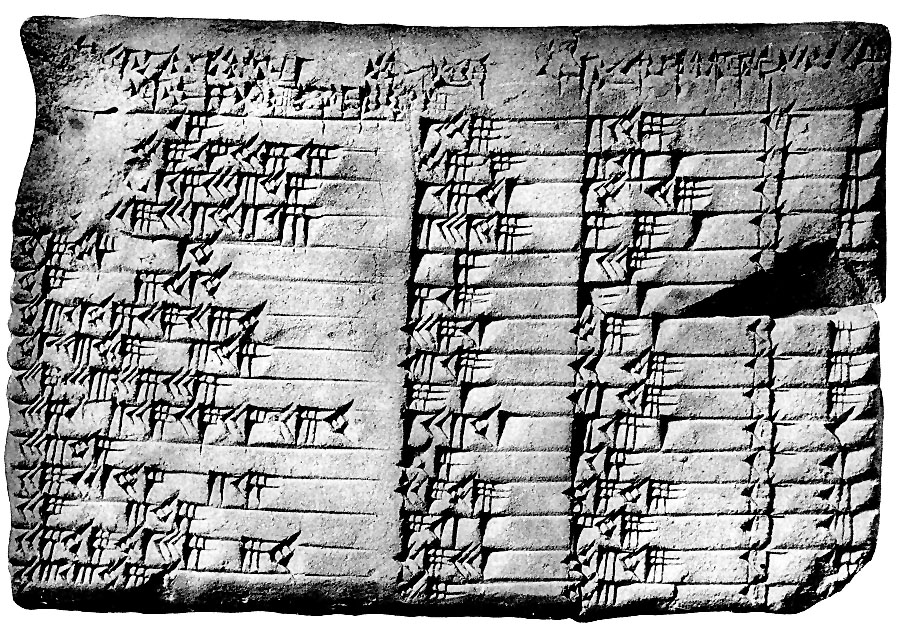 But it’s equally possible these theorems were developed independently. Indeed, the narrow search for primacy (who learned what from whom?) fails to grapple with how different cultures can obtain the same knowledge via different paths. The Panbabylonist history of math implies that ancient Mesopotomian math only counts if it’s the sort you might learn as a sophomore in high school.[efn_note]Eleanor Robson, Mathematics in Ancient Iraq: A Social History (Princeton, NJ: Princeton University Press, 2008), 263–90.[/efn_note]

The biases of Panbabylonianism were often hidden by the reliance on stone tablets; surely this was as objective as scholarship could get! But historian David Brown has discussed how, during the golden era of Assyriology, the British Museum deliberately avoided displaying or even discussing cuneiform tablets that concerned astrology and astronomy. These tablets included observations on the locations of planets and the movement of stars right alongside omens correlating, say, an eclipse with bad news for the king. An internally consistent understanding of the natural world, for sure, but it was far too different from Western astronomy to tell the story Panbabylonists wanted to tell.[efn_note]Brown, “What Shaped Our Corpuses of Astral and Mathematical Cuneiform Texts?”[/efn_note]

The field of Assyriology pulled back from the hyped-up claims of Panbabylonian school after several were discredited. But they have failed to question the Eurocentricism that led the Panbabylonists astray.

If Panbabylonists located Mesopotamia as the origin of Greek mathematics, then the correction would be to locate Greece. And while that is fair enough, it can eventually translate to a blanket denial that traditionally non-Western cultures had a role in the development of modern Western mathematics—like the survival of classical mathematical texts through their transmission in the Arab world, or how eclipse records from ancient Mesopotamia, China, and India are integral to modern astronomical software models and our knowledge of the deceleration of the Earth’s rotation. The anti-Panbabylonist overcorrection can obscure Mesopotomian origins when they might have actually been relevant and useful for analysis.[efn_note]Ibid.[/efn_note]

Even when scholars acknowledge the transmission of specific bits of information from Mesopotamia to Greece, they are still assuming that true mathematics is characterized by geometry and inductive proofs, and that non-Western mathematical traditions are only interesting insofar as they contributed to that math. This bias shuts down discussion of whole fields of inquiry.

For example, ancient Mesopotamians predicted planetary movement using a utilitarian arithmetic; they would add a set amount to the planet’s previous location, something we could crudely express as {previous location + constant = new location}. Because this did not contribute to Greek geometry and astral science, then many scholars assume its transmission and influence do not merit discussion.[efn_note]Iman Chafik Chahine, “Beyond Eurocentrism: Situating Ethnomathematics within the History of Mathematics Narrative,” Jornal Internacional de Estudos em Educação Matemática 4.2 (2015): 39.[/efn_note]

In other words, we have gone from reducing Mesopotamia to the ur-text of the “West” to dismissing it as utterly “other.” This gives the false impression that Mesopotamian culture is neither understandable nor interesting in its own right. When Mesopotamian mathematics is mentioned in a textbook, it is only when it is cited as a “non-Western” style. “What goes under the name of multicultural mathematics,” writes Ron Eglash, “is too often a cheap shortcut that merely replaces Dick and Jane counting marbles with Tatuk and Esteban counting coconuts.”[efn_note]Ron Eglash, “Anthropological Perspectives on Ethnomathematics,” in Helaine Selin, ed., Mathematics Across Cultures: The History of Non-Western Mathematics (Dordrecht: Springer, 2012), 20.[/efn_note]

Scholars seem afraid to posit too strong an influence or too many paths of transmission, lest they be accused of repeating the sins of the Panbabylonian school. So instead they focus on too small an area of influence and discount much of what made Mesopotamian culture distinct or important. The reaction to Panbabylonianism has thereby long outlived the school itself.[efn_note]Peter James and Marinus Anthony van der Sluijs, “Ziggurats, Colors, and Planets: Rawlinson Revisited,” Journal of Cuneiform Studies 60 (2008): 57–79, esp. 60.[/efn_note]

The memorial for Panbabylonianism was held long before this obituary could make it to print. The family asks that you adopt methodologies that aren’t knee-jerk reactions to the problems of past methodologies—and work to appreciate Mesopotamian culture, fully situated, for its own sake—in lieu of flowers.