In a month or so, tables will pop up at every book store, urging you to get your dad a book for Father’s Day. Lots of the recommendations will be history books. But there’s another parental holiday to go before Father’s Day. I have written a lot about the problem with what I call “Dad Books” in history, but the problem with “Mom Books” in history is even worse: they don’t exist, at least not as part of the Mother’s Day-industrial complex.[efn_note]Nothing in this post should be construed as me supporting Mother’s Day or presuming everyone can or wants to honor—or even think about—their mother on Mother’s Day or any other day.[/efn_note] 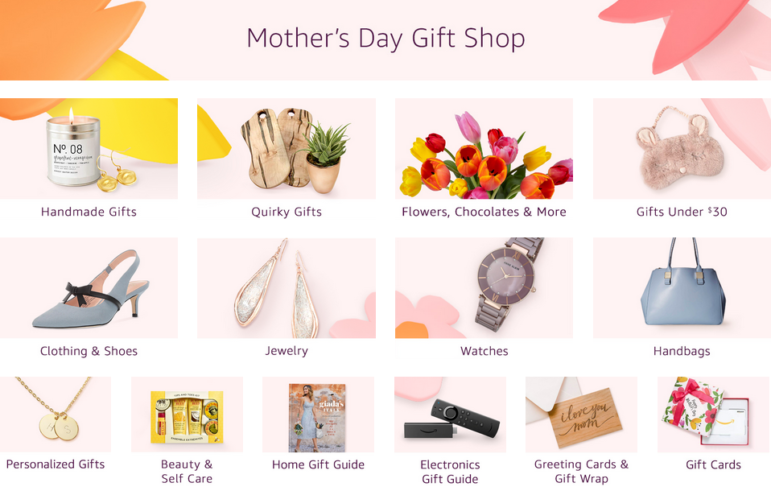 Not a biography of Andrew Jackson to be found!

I suspect that’s because of a set of ideas that persist in American culture, even as they’re slowly changing, ideas about what history is (war and a particular kind of politics) and what mothers—and women more generally—are interested in (not those things).

This set of ideas is wrong in so many ways, of course. Even if history were only war and a narrowly-defined view politics, there’s nothing to say that a mother might not be interested in a book on a topic in those areas. There’s nothing to say your father would, other than cultural pressures and Amazon’s recommendation list. Historians write the history of everything, including many of the ideas, objects, and experiences that are central to women’s lives, and those histories should always be on our radar as gift possibilities whenever we feel we must succumb to the social pressure of honoring our loved ones with material objects.

But it’s not that simple. “History” as an object of cultural consumption, as a section label at Barnes & Noble, as a thing about which one can be a buff, is about more than just history—it’s about ideas of importance. Sure, I might get my mother a book about adoption, or the history of gynecology, or fabric—but does that really count as “History” to the history buffs? If they don’t recognize it as “History,” will she?

One of the main ways women engage with the past—reading historical fiction—doesn’t seem to count either, even when it’s about counts. That’s not because historical fiction is inherently bad, but add romance, you see, and it’s not really the same. It doesn’t matter how much research the author may have put in—and they’ve often put in a whole lot—or how much they’ve decided to prioritize thrills over historical content, our culture does not think reading Jean Plaidy is the same as reading Bernard Cornwell. This perspective has started to change, probably because historians of women have helped reshape our ideas of the past and what counts as important, but I don’t think women who read a lot of historical fiction consider themselves “history buffs” in the same way Patrick O’Brian fans do. When it comes down to it, it’s not just that the history of women things is less important, it’s that in a patriarchal system, women engaging in things lowers their cultural value.

Well, you might ask, does your mother read history? Do you get her history books for Mother’s Day? Is she interested in history?

Probably not, by conventional metrics. She has always read historical fiction—much of it romantic—as did her own mother, but she is not really interested in Team of Rivals. But the more I think about it, the more I realize that my interest in history was cultivated by conversations with my mother. Beyond that, I realize she was a model of historical thinking, after a fashion, without either of us realizing it. It’s just that none of it looked like the things that my culture called history.

When I was in eighth grade, the night before I had to go up to the high school for a big educational session on HIV/AIDS, my mother and I had a conversation about her experiences working in a hospital, and how things had changed in just over a decade. I just didn’t know that was history.

I remember her telling me about the generational discord over breast milk versus formula, how it played out in her life and in the lives of her friends. I learned about La Leche League meetings from her—I just didn’t know that was history.

We were both fascinated by the histories of the Church, of saints, and of the canonization process itself. She told me all about what it was like to go to Mass before Vatican II and told me about the sisters who had taught her when she was young, experiences I’d never have.[efn_note]Except I did get to sing a Tridentine Mass years later, and I’ve learned more about women religious than I ever could have imagined[/efn_note] We talked about Padre Pio, a conversation prompted by me being terribly frightened of a picture of him, and Father Damien, because I was interested in the book she was reading about him. In both cases, we talked about their faith, but also about their bodies, and the histories of both. I don’t remember much of what she told me, so I can’t say whether it would “hold up” to a critical historical lens, but it didn’t matter to me at the time, because I didn’t know that we were talking about history anyway.

Once, when I discovered the book Sybil in a used book store, my mother and I had a discussion about her memory of reading the book and then seeing the TV movie. I can’t remember if this was before or after she told my sister and I about the history of the crumbling brick buildings we used to drive by, the Harlem Valley Psychiatric Center, but I do know both things were part of an ongoing conversation between us about the history of mental health care in the US. I just didn’t know any of that was history.

And all of this is to say nothing of the vital records my mother kept—and still keeps—in her memory and on paper: the birthdays, the anniversaries, the milestones, the precise timeline of every home she lived in with her Navy family. When I moved to Staten Island after college, she was the one who knew the name of the place my great-great-grandparents had lived on the island. She told me quite early on in my time there, when I was feeling very displaced, perhaps to give me something to which I could orient myself. Neither of us could have known that when she told me the name of the neighborhood, I would already know where it was. It was the name of my bus stop. I was already living there. I knew that was history, at least, but I still didn’t grasp that it was history that could have meaning beyond me.

Perhaps most important to me, though, is the history she has kept of my body and its experiences: the vaccines, the cuts, the medications, the broken bones, the illnesses, and the allergies. This is not to say that my father doesn’t share many of these memories, but when I need someone to put something about my body in its own historical context, it’s usually my mother I turn to. She’s not only deeply conversant with the evidence, but also deeply skilled at using that evidence to tell—and revise—a story. A counter-narrative, even, to the one told by the evidence in my medical charts, compiled by a series of record-keepers with varying levels of investment in me as a person—not to mention various levels of handwriting ability. She’s always been doing that. I just didn’t know that she was doing history.

I didn’t think of these discussions with my mother as history until grad school, because they weren’t history, at least not as I saw it represented at school, in books, and on screen. Even as I learned more about social and cultural history in college, and tackled some of these topics—family, faith, medicine—in an academic capacity, I didn’t get that I’d already been learning to like this stuff for years. It’s part of why I still think of myself as someone who didn’t like history as a child. But I did like history. I just didn’t know it was history, because it wasn’t important enough to count as “History.”

Once in a while, my mother will tell me all about something historical that she read in Smithsonian or saw on PBS, and we still have lots of conversations about the past. But I don’t think she’d say she was a person who was inherently interested in history, even after seeing what history has meant to me. I’m not going to push her on it, though. It’s enough for me to recognize the many ways she is interested in history, the many ways she does history, and the many ways she helped make me a historian. Still, I might not be able to resist pointing her to the “mental illness” or “nuns” tags on Nursing Clio, because I am my mother’s daughter.