Carmel Finley. All the Boats on the Ocean: How Government Subsidies Led to Global Overfishing. University of Chicago Press, 2017. viii + 211pp. Cloth $45.00.

Headlines increasingly force us to reconsider our relationship to the ocean as global warming, acidification, and pollution have fundamentally altered the natural dynamics of the world’s marine spaces. Evidence points to a “de-evolution” of the deep, as the diverse marine communities are being replaced by the few organisms that can actually survive in the overheated, nutrient-poor, oxygen-starved morass that the seas are becoming. In All the Boats on the Ocean: How Government Subsidies Led to Global Overfishing, Carmel Finley explores the oldest human threat to the health of the seas—overfishing—and reminds readers that this radical transformation of ocean life has its origins, at least in part, in the dynamics that have driven American foreign relations. With a focus on the post–World War II period, Finley gives readers a new way to think about this centuries-old problem not simply as one driven by supply and demand, but by political choices. As the United States sought to rebuild a world order amenable to its interests in its emerging global struggle with the Soviet Union, fishing policy became a tool to integrate former foes and new allies into this system. Marine organisms across the planet paid the price as these policies accelerated the pace of fishing with devastating consequences.

Finley reminds us that, from the perspective of the government, “fishing has always been about much more than just catching fish” (p. 1). While catching, selling, and eating fish helped companies prosper and fed millions, the activity only garners the attention of the state when it can be used to further the state’s objectives.

Carmel Finley is uniquely positioned to tell this history. For decades, she covered the issue of overfishing, first as a newspaper reporter writing about the West Coast fishing industry and then as a historian of fisheries and fisheries science at Oregon State University. In 2011, Finley published All the Fish in the Sea: Maximum Sustainable Yield and the Failure of Fisheries Management. The book concluded that maximum sustainable yield (MSY), a popular idea that fish could be caught up to a certain level without affecting the ability of the stock to replenish itself, was based on scant scientific evidence. It was more of a political policy than a scientific one. Furthermore, Finley revealed that MSY had big boosters throughout the U.S. government, including the State Department, which had endorsed the policy to advance American fisheries. Yet the idea of maximum sustainable yield continues to guide fishery policy across much of the world. All the Boats on the Ocean offers similarly groundbreaking conclusions, revealing the ways that the United States government used fishing policy as a political tool to further its Cold War goals.

To untangle a story involving nations, corporations, constituencies, and fisheries from across the globe, Finley focuses on how the United States subsidized allied fishing fleets through boat-building and manipulated tariffs to shape economic development abroad and shore up alliances with potentially recalcitrant nations. The decision to satisfy allies left domestic producers out to dry while aiding in the creation of some of the largest, most technologically sophisticated fishing fleets the world had ever seen.

Two key players in Finley’s story are Iceland and Japan. Both were nations with deep ties to the global fishing industry and were central in the American vision of the postwar world. Iceland loomed so large for American policymakers because it occupied a strategic location, the perfect site for an airbase. During the Second World War, the United States, much to the chagrin of Icelanders, occupied the island nation for that very reason. To soften the blow of occupation, the United States cut a favorable trade agreement with Iceland that greatly reduced the tariff on Icelandic fish. As Cold War tensions mounted in the aftermath of the war, the American airbase became even more important to leaders within the State and Defense Departments, who were more than willing to concede on fishing questions to maintain strategic alliances.

Meanwhile in the Pacific, American policy aimed to rebuild the Japanese economy and reintegrate its former enemy into the world economy. Again, fishing proved to be a useful tool to achieve a larger goal. During the American occupation Japan rebuilt the largest fishing fleet in the world through favorable trading agreements and a subsidized boat-building program. In both Iceland and Japan, fishing initiatives were spearheaded by American diplomatic and military leaders. With these kinds of supports from the U.S. government, Icelandic and Japanese fishermen expanded their operations, targeting waters and fish species across the world with ruthless efficiency.

American fishermen in New England and California did not accept this situation without protest. But, as Finley noted, when “the industries sought relief from Congress … the State Department, concerned about rebuilding the Japanese economy and maintaining the air base in Iceland, brushed aside their complaints” (p. 72). 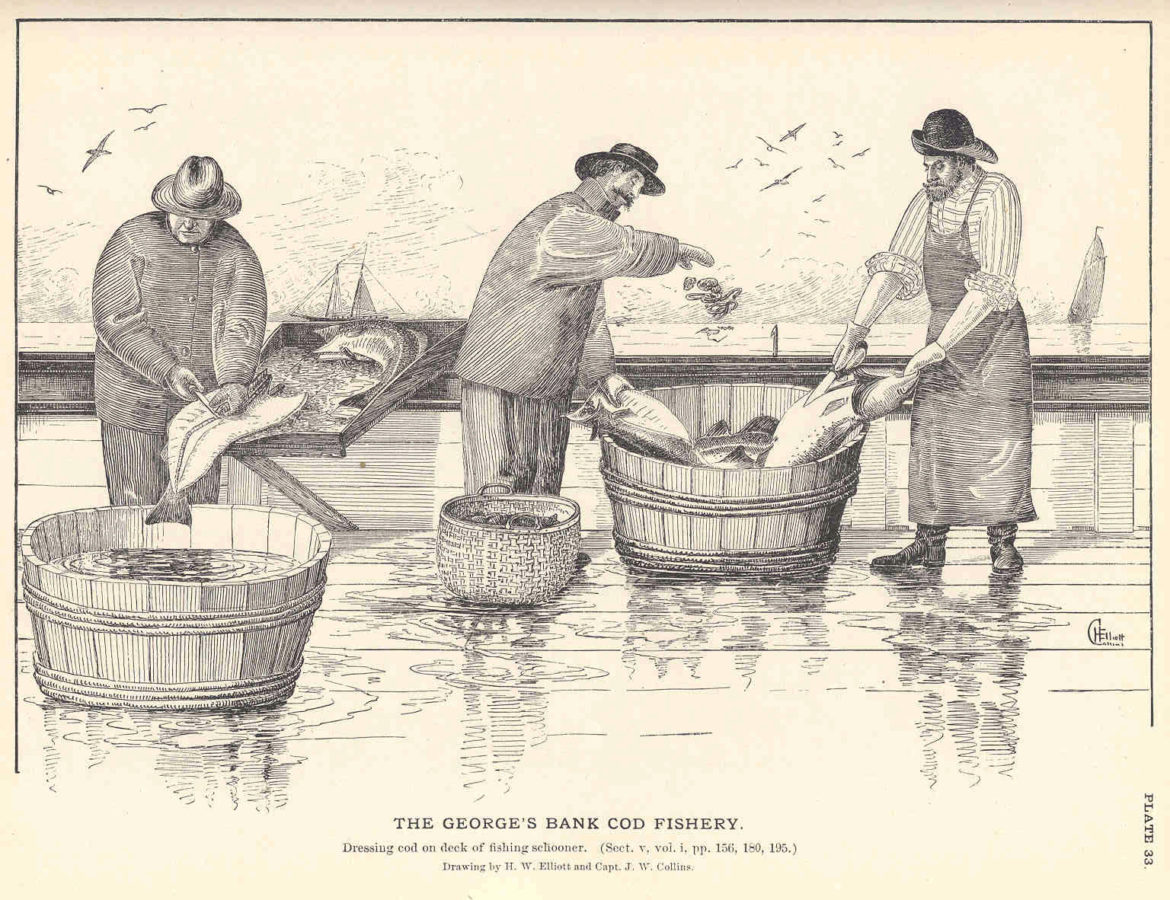 The story of government involvement in fishing though is nothing new. The U.S. government has, from nearly its advent, used commercial fishing as a way to achieve other foreign policy goals. And even then it was no novelty. The Second Congress (1791–1793) approved legislation subsidizing the cod-fishing industry under the assumption that without federal largess the industry might go belly up in the boom and bust cycle that was endemic to fishing. Without the cod-fisheries to impart to young men sailing skills and a familiarity with shipboard life the nation would be left without an adequate pool of seamen to man warships in times of crisis. Americans were following examples set by numerous European nations that used fishing to serve other ends, namely national security. The scope of federal support may have expanded after World War II, but the precedent was firmly set.

Yet it was not until 1970 that the federal government would create direct loans to American fishermen to build the kind of large-scale, technologically sophisticated fishing ships that had allowed Japanese and Icelandic fishermen to scour the world’s oceans for decades. With little to offer Cold War policymakers, American fishermen were left without the subsidies and privileges that bolstered much of the rest of the world’s fishing fleets. While the United States is undoubtedly at the center of Finley’s story of overfishing, governments and fishermen across the world likewise used fishing for ends beyond feeding a hungry world. In doing so, these policies pushed the ocean toward ruin.

To tell this story Finley relied on sources that combine the kind of traditional foreign policy record found in national archives (U.S. Department of State records) with the papers of business groups like the American Tuna Association and fishery scientists. The overfishing crisis we now live with is not just a story of greedy corporations and hungry consumers. It is a crisis implicating American foreign policy whose advocates include diplomats, politicians, and voters.

Finley’s story remains remarkably relevant today. What her book shows is that environmental crises are not only, or even primarily, driven by consumer demands, but also by state goals that have little to do with getting food on our plates. As All the Boats on the Ocean convincingly demonstrates, the global overfishing epidemic of the second half of the twentieth century would not have been possible without the U.S. government, but it is now an acute crisis with which all of humanity must reckon.

So much environmental activism today centers on the role of consumer choice, but those individual choices are circumscribed by the expansive operation of state power. Instead of asking whether we should only eat fish that is ethically and sustainably sourced, maybe ask, why is there so much fish to eat in the first place? 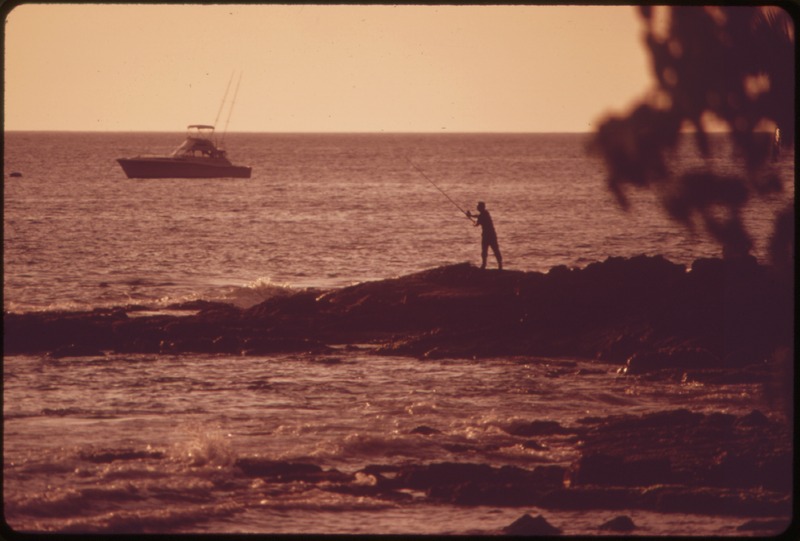